In this article, our guest author Colin Cameron takes an in-depth look at the specific challenges of designing the ExLRT, an Intrinsically Safe LRT (loop resistance tester). 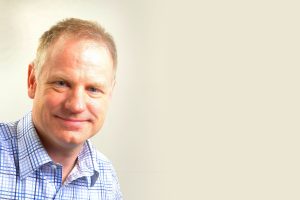 An expert on intrinsic safety (IS), Colin Cameron sits on several committees for Intrinsic Safety Standards.  He is Managing Director of Mutech Ltd, an electronic product design company, specialising in intrinsic and functional safety.

The ExLRT is the result of a long-term project between MK Test Systems and The Boeing Company. Boeing had for decades specified the LRT from BAE Systems as their approved loop resistance testing tool. But with concerns growing around obsolescence and practicalities in MRO environments, Boeing identified a need for a modern version.  MK had already worked with Boeing to developed the BLRT tool, but they now needed an LRT replacement.  The key criteria was that it had to be suitable for use in explosive environments; i.e. intrinsically safe.

MK’s extensive knowledge of high voltage electrical testing equipment meant they were the best partner for Boeing on this product. Whilst the team at MK Test Systems know Loop Resistance Testers inside-out, the intrinsic safety (IS) aspect of the project required further expert advice – which is where Mutech came onboard.

What is Intrinsic safety?

Intrinsic safety is a set of rules for ensuring that equipment is extremely unlikely to cause an ignition of an explosive atmosphere through sparking or excessive heat, including under defined fault conditions. Safety components meet these rules by limiting the voltage and current of energy storage components such as batteries, inductors and capacitors and to protect them in the case of faults. International standard IEC 60079-11 sets out the IS rules, from which many very similar national standards are derived (e.g. all other 60079-11 standards, UL 913, ANSI/ISA 12.02.01).

Imagine you want to test earth bond resistances throughout a plane during a routine service. You have equipment for this which is good – except your tool isn’t intrinsically safe, so it could possibly generate sparks. Meanwhile the aircraft’s fuel tanks are potentially explosive chambers just waiting to be set off. While this might be fun to watch in the movies, in real life it could be catastrophic. This is where intrinsic safety experts step in.

An intrinsically safe device must still perform correctly, and often the performance requirements can be as demanding as the intrinsic safety requirements. The need to balance these two often contradictory needs presented many interesting challenges during the design of the ExLRT. MK Test Systems and Mutech worked together to develop this next-generation loop resistance testing tool by collaboratively addressing these problems. 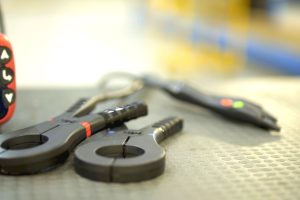 A good example of such a challenge is the design of the loop measurement couplers. These needed very high inductance to achieve the sub-milliohm level of accuracy required, but as noted above inductors are always a concern for intrinsic safety.  With such a high inductance there was a risk that any break in connection could cause a spark in the same way that a fossil fuel car intentionally generates a spark across the spark plug.

To prevent this, the current in the couplers had to be kept very low even under fault conditions, but still high enough to operate correctly. With very little headroom between these two limits, it took some very careful design to ensure that both were met in all conditions.

The layout of the PCBs and FPCs (flexible printed circuits) was as much of a challenge as the schematic design.

One important technique in intrinsic safety is to separate circuits so that power cannot flow from one area to another. The total power available in any given area during a fault is therefore limited.

Each of these areas must be galvanically isolated from others, with varying degrees of physical separation according to the voltages in each area. This separation must not only be maintained on the surface of the PCB but between layers as well. With up to eighteen areas on each PCB, one can imagine how complex the interactions between areas can become!

Fortunately, we developed a proprietary add-on to our PCB layout software. This allows the designer to input the required separation rules and have the software check automatically for any violations. 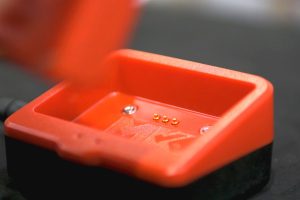 The internal battery charger design was an interesting puzzle as it had the incompatible requirements of preventing power from getting from the battery back to the charger circuit under fault conditions, but at the same time allowing power to get back to the processor circuit. This was achieved using a complicated array of diodes and a novel control loop; a solution which as far as we know is completely unique.

For development of the software, we invested time in creating a digital twin; a unique virtualised platform to simulate the real unit. This meant we could begin the process of software development for the unit long before the actual hardware was complete.

This allowed us time to refine the software to be as efficient as possible, and to incorporate many features to aid the operator, such as: 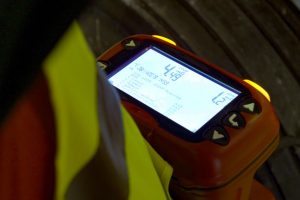 In addition to meeting the intrinsic safety and performance requirements, a lot of effort was put in to ensure that the ExLRT is as user-friendly as possible, particularly in the design of the LCD screen and software.

The LCD screen has two areas: the main measurement digits and icons, and a dot matrix area. The ExLRT is for indoor and outdoor use, and with the operator also at some distance from the ExLRT, maximum contrast and viewing angle of the measurement digits is important.

Boeing challenged MK Test Systems to create an Intrinsically Safe LRT – a version of their existing BLRT loop resistance tester which safely could be used in fuelled zones.  MK actually went further than that by meeting or surpassing all the performance requirements of the existing unit. The finished product is a tool that is also easier to use and offers more powerful features.

This was a complex project; it has resulted in a specialised tool suitable for today’s testing environments and quality standards.

Colin is a founder and Managing Director of Mutech Limited, an electronics product design and manufacturing service company in the UK. Specialising in intrinsic safety and functional safety, Mutech was established in 1985 and has been designing and manufacturing intrinsically safe equipment for its clients since 1992.

Colin gained his honours degree in Electrical and Electronic Engineering from Manchester University, and is a member of the IET and The 61508 Association.

Learn more about the ExLRT here, or read our comparison article against the LRT here.