Inserting or replacing the ExLRT battery is quick and simple.  Below is a step-by-step tutorial and video for carrying out this process.

Before you begin to replace or insert the battery, it is important to note that battery changes must be completed in a safe non-explosive environment. The intrinsic safety of the ExLRT is only assured when the battery is properly inserted and the battery door is closed and latched.  Only then is the system to be used where explosive vapour may be present. 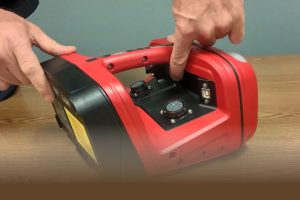 Step 1: Turn off the ExLRT

First, turn off the ExLRT by pressing the button under the handle on the back side of the display. 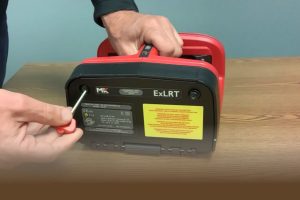 Use the supplied red hex key to loosen the quarter-turn screws on the back face of the unit.

Once the screws are loosened, the battery door will freely open. 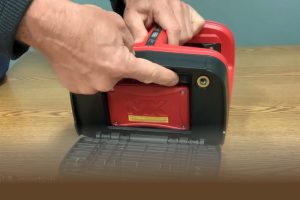 There is a sliding latch lever at the top of the battery compartment.  Slide it to the left to release the battery. 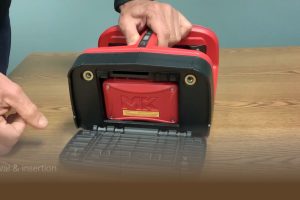 When the lever is positioned to the left, you’ll be able to easily insert or remove the battery.

No force will be required for either the insertion or the extraction of the battery. 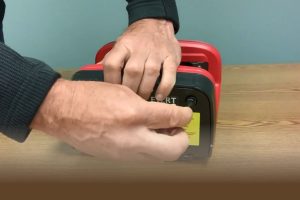 Close the door to the battery compartment and secure the two screws. 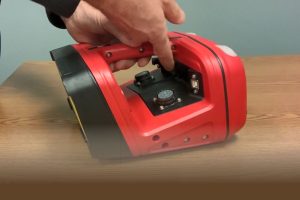 You can now restart the ExLRT by pressing the power button.

This step-by-step guide to inserting and removing the ExLRT battery is also available in this video, which will open in YouTube.