This second article in our ExLRT vs LRT comparison series takes a closer look at the features specifically designed for MRO users.

Part one of our Loop Resistance Tester comparison series looked at the physical differences between the ExLRT and the legacy LRT tool.  We confirmed that size matters after all – and in this case, smaller is better.  Now let’s look at what we’ve packed into this small but powerful tool.

Developed in partnership with Boeing

The original LRT was revolutionary when it was launched over 20 years ago.  Since then, the expansion of fly-by-wire aircraft has meant that the use of the LRT in MRO environments is growing, yet the design of the tool means it’s no longer fit for purpose.

The ExLRT from MK Test Systems is the result of a close collaboration with The Boeing Company’s EME (Electro Magnetic Effects) team. It’s an Intrinsically Safe replacement for the LRT, acknowledging of the need for a tool designed for modern industrial use.

We’ve already seen how much smaller and lighter the ExLRT is – you can read more about this in the first article of our comparison series.  The weight alone means the ExLRT can be operated by a single user, providing immediate cost- and time-savings due to reduced operational time. Besides this obvious advantage, what other features are built into the tool?

Designed for factory floor as well as field applications. the ExLRT is a tough tool full of features to make testing easier and therefore quicker.

Straight out of the box, the first thing you’ll notice is the large easy-to-read screen. It’s backlit with a custom LCD display for easy reading whether you’re in direct sunlight or in the shade.

Conscious that operators are often taking readings at awkward angles, we’ve added LEDs to the probes and clamps which provide an instant pass/fail result at your fingertips.  The probes also have push button controls which enable operators to accept or re-test much more quickly.

The ExLRT can be set to run in either single test mode or a programmable test sequence.  Simple loop or joint measurements can be taken straight from power-on, whilst more complex test sequences can be downloaded, and the results stored for later upload to a PC.

The ExLRT has been ergonomically designed so it’s not only smaller and lighter, but it’s got a convenient carry handle too.  We’ve developed some additional wearable options to make life even easier – a lightweight harness as well as a belt clip are available to keep the tool hands-free.

The LRT calibration turnaround time can take up to 6 months, with the average time around 2 months.  We offer a user-based calibration kit which means the ExLRT can be calibrated onsite by your own operators in around 30 minutes.  Yes, that’s minutes not days.  That’s a huge difference!

Not only is calibration fast but the process is simple – follow the on-screen instructions to run the test programme using the fixtures provided in the calibration kit.

Boeing have confirmed that the ExLRT’s resistance measurements are as equivalent or superior to the existing LRT – so there are no concerns about loss of data integrity by upgrading to this newer tool.

Even better, the ExLRT’s accuracy isn’t affected by dwindling battery life unlike the LRT. The ExLRT has replaceable batteries which are removed from the tool for charging.  The measurements remain accurate throughout the full life of the battery, plus there’s no downtime whilst the tool is charging.

The Intrinsic Safety classification of the ExLRT offers obvious safety benefits.  Did you know that not all LRT models are Ex certified?  By using a tool which is not Intrinsically Safe on aircraft in a fuelled zone means you’re violating FAA ACO Airworthiness Directives.  No matter where you are in the world, the ExLRT has achieved Intrinsic Safety certification so it complies with all global IS standards.

In short, the ExLRT is a light, modern loop resistance tester designed with end-users in mind.  It’s Intrinsically Safe, can be operated by a single user and is approved by The Boeing Company.

To learn more about the game-changing ExLRT loop resistance tester, visit the dedicated product page.  The full comparison article offers a great explanation of all of the differences between ExLRT and LRT, whereas you can read our in-depth articles about the size here, or the intrinsic safety credentials of both tools here. 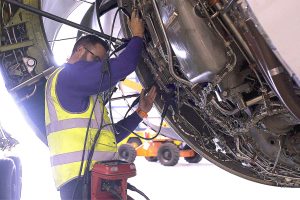 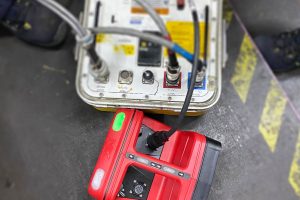 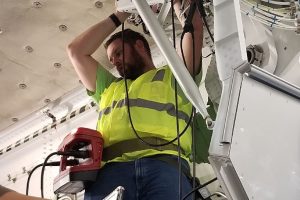