This article explains intrinsically safe tools within an MRO environment.  It also highlights the obligations of MROs to use approved tools, and explains the potential consequences if incorrect equipment is used.

What is meant by Intrinsically Safe?

The aviation industry is rightly consumed with safety and accident prevention; this includes when the planes are grounded.  MROs are working with aircraft that often contain fuel and need maintenance of electrical parts – a dangerous combination.  These conditions require MROs to use tools which are classified as ‘intrinsically safe’, but what does this mean?

Fuel, oxygen and a source of ignition must be present in order for fire or an explosion to occur and therefore, an MRO is a high-fire-risk working environment.  Engineers working on commissioned – and therefore fuelled – aircraft are in an environment which is at inherent risk from fire.

Tools used near aircraft are subject to increased safety standards to prevent the possibility of fire and explosions. These locations are deemed ‘hazardous areas’ when there is the possibility of fuel or fumes to be present. This includes all areas on the hangar floor.

The term Intrinsically Safe describes equipment “which is incapable of releasing sufficient electrical or thermal energy under normal or abnormal conditions which may cause ignition of a specific hazardous atmospheric mixture in its most easily ignited concentration”.

In plain English, an intrinsically safe tool does not release enough electrical energy to ignite aircraft fuel vapours or other sources of fuel in an MRO hangar.

How are tools designed to meet the Intrinsic Safety Standards?

The electronic circuitry is designed to limit the electrical or thermal energy, by several methods:

When should Intrinsically Safe tools be used?

For aviation MROs, the decision-making regarding the necessary equipment has been done for you.  The hazardous zones are clearly defined, and only equipment classified for use within these zones should be used.

As an example, The Boeing Company specify the use of Intrinsically Safe tools within the fuel vapour zones around airplanes and on fuelled aircraft. All equipment must be suitably certified for use within these zones to avoid the risk of spark ignition and the potential for catastrophic damage to personnel.

The diagram shown here displays the hazardous zones as determined by The Boeing Company. 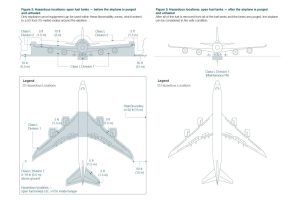 What are the different area classifications? 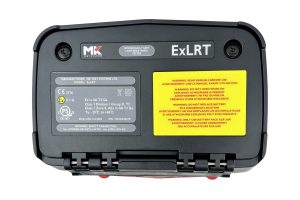 ExLRT – an example of an Intrinsically safe tool used in MRO environments.

In a word – yes.  Electronic equipment designed to operate in hazardous areas must comply to the ATEX Directive and must therefore meet the harmonised standards within this.

Although the components within the equipment are generally cost-neutral compared to standard equipment, the costs of the R&D programme and the process of obtaining the certification incur additional costs.

In the case of an intrinsically safe design, increased costs are incurred because of the additional testing requirement by an external notifying body. A company cannot self-certify because of the equipment’s intended use – in this case, hazardous environments.

What are the benefits of using Intrinsically Safe tools rather than purging aircraft of fuel?

There are several benefits of using explosion-proof equipment for busy MROs:

Insurance premiums may be lower because of the risk reduction.

Browse our blog for more useful articles, or download this article in brochure format here.